The Artful Bike Racks of Los Angeles
Los Angeles has for a long time been a city of dreary architecture, spaces seemingly designed under an imperative towards blandness: stucco box apartments, concrete sugar cubes, cinderblock shoeboxes, squares with no place to sit down. This has been changing of late, and in concert with this has come a recognition that the spaces between the buildings are also useful for something other than channeling automobiles to parking structures.

In an effort to improve both the functioning and the appearance of our city, Los Angeles has placed a number of bike racks in the area around downtown that try to do more than just give you a place to loop a U-lock: acknowledgement not only of the bicycle's efficacy and nobility as transport, but also of the very real and fundamental human need for beauty--for ten thousand years of art and architecture on six continents show us that Modernism's insistance on structural banality is a pathetic anomaly in the history of our species. 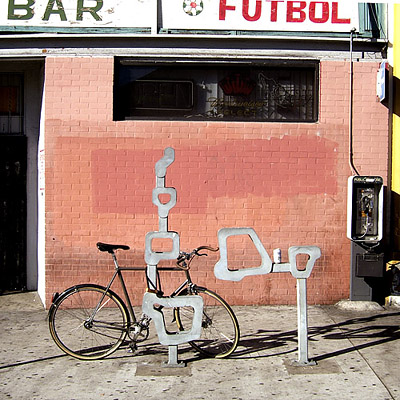 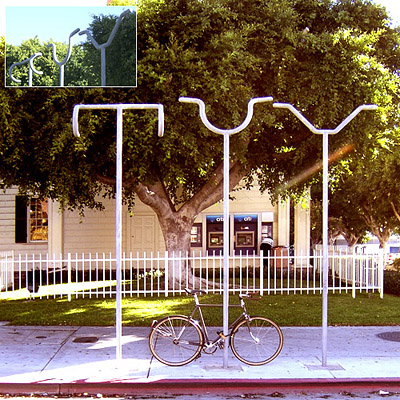 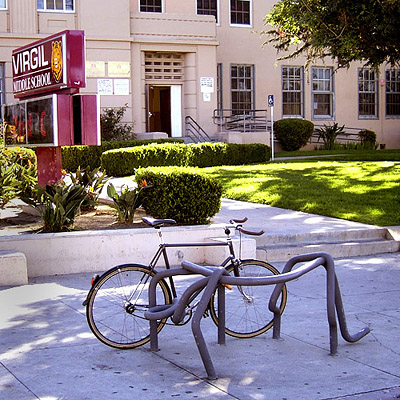 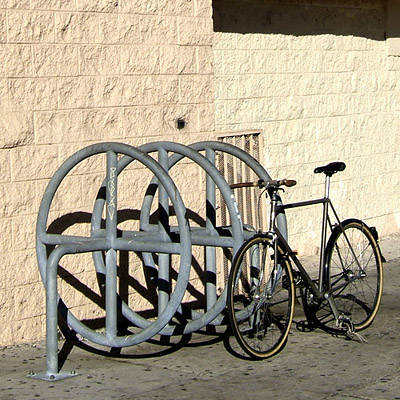 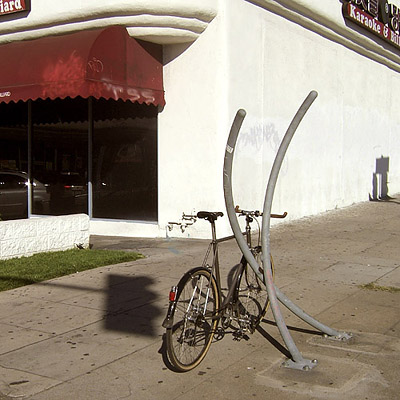 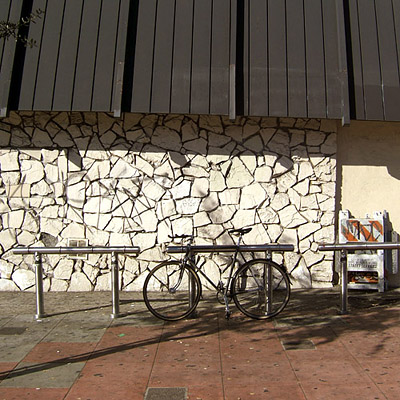 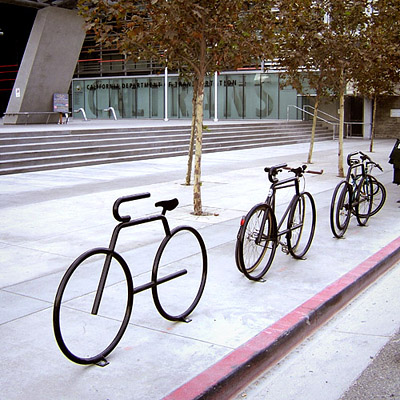 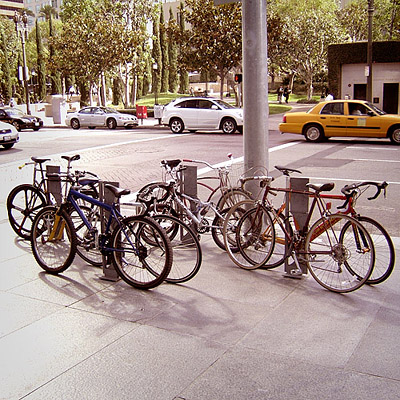 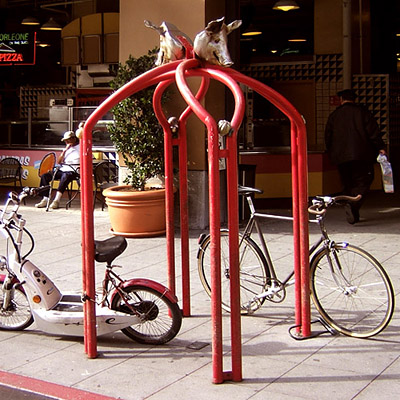