As someone who has come to dislike cars and car travel, I nevertheless recall having some of my happiest childhood moments in cars with my family. What I most recall (and which was constantly written about and filmed) is the accessibility to places all over Britain that we got from having a car. I realise now that we lived what most people see only in absurdly unrealistic advertisements. 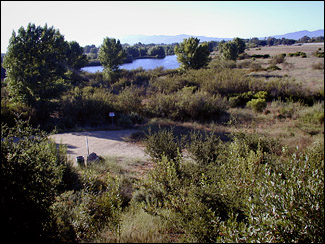 My parents were successful writers and journalists through the late '40s and '50s and owned cars as part of their salaries. We had the means to drive. We would arrive at places where there would be no other cars for miles--or very few. You could park next to beaches, cliff tops, and high ridges with mighty views (see what I mean about advertising?). We reconnoitred long, lightly-paved rural lanes ending in cul-de-sacs where, after a word with a local farmer, we set up tent and fished in clear trout streams. We ate our catch fried in butter. I was often very happy.

I remember my father saying when I was going on once about the "beauties of the countryside" (I was quite a literary child) that this sort of thing wouldn't last. "We're doing things that only the very rich could do and soon everyone will be doing it! We've started the rot." In later years my father observed that the central dilemma of socialism (quoting Bertrand Russell) was that "you can ruin anything by making it available to everybody."

From the mid '60s onwards life on the open road became progressively more unpleasant as more and more people understandably sought access to a possession we had enjoyed more exclusively. I started travelling abroad to get away from the crowds in my own country--often walking and relying on trains and buses when going to lonelier places that were still "places." We seldom returned more than twice because we could always see material prosperity spreading--as it rightly should--but at the same time blighting the quietness and slowness of more self-sufficient economies we had visited as guests rather than an important part of the new local economy. We saw fishing boats laid up and replaced by marinas and yachts. We saw heritage signage spreading as places became consumer items. (Yes we too had been consuming but we'd usually enjoyed the only table in the house!) 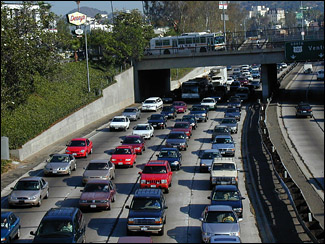 I am not proud or ashamed of these things--just increasingly aware though of what was going on. In his old age my father said, "The only places left to live are in the cracks between the concrete. I advise you always to choose to live in places already ruined. Maybe you will find the wisdom to make them better in some new way none of us understand."

I've told this story before but I did not revisit my childhood experiences of motor touring until 1995 when with my young children we toured the Peloponnese in a hired car. We had had special help from the Greek half of my family identifying still isolated areas of the peninsula. The motorway southwest from Athens was still under construction. We drove en famille on almost empty roads stopping whenever we wanted and having picnics, strolling together through ancient ruins. Stopping high in the mountains one Sunday evening and hearing silence under a black sky pierced by a million stars (normally hidden above the yellow vomit of light polluted Birmingham), with no sound except for the cooling cracking of the car, hot from ascending a narrow zigzag road where we encountered no other vehicle for half-hours at a time.

I took joy seeing my little daughter and wife who, unlike me, had never been to Greece, walking among the remains of a civilisation I associate with my roots as well as my present family. The car took us right up to tavernas where we could park and walk to a table. Only once an ill-judged detour "to see the sea" jammed us into the narrow walking streets of an ex-fishing village grid-locked by visiting motorists--foreign, and the new expanding Greek middle classes, and us! 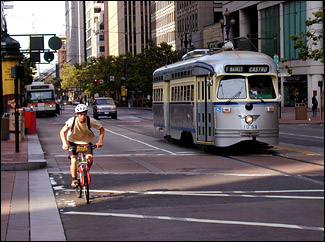 Back in England I saw this holiday as an anachronistic replay of my motoring childhood and realised I could not keep trying to stay ahead of people with the same aspirations as myself but slightly further back in the rat race. I had to start thinking about my father's old age advice. I still have a car but drive it less than 3000 miles a year. My favoured way of getting about is on my feet, on a bicycle, and by train or bus.

I have indeed found joy in the cracks in the concrete. I have watched wild fowl, inland seagulls, herons, urban rats, and foxes along canal towpaths passing beneath the pillars of raised motorway junctions as I cycle and walk the city; I have enjoyed picnics in the shadow of dilapidated industrial ruins; I have campaigned for more urban green space, for education for sustainable living; I have chatted across the rich world in cyberspace to like-minded people about ways to solve that central dilemma of making the riches of the world available to everyone without destroying it.

I have tried to imagine cities where more people will want to stay and make them into real places again instead of dismal, narrow economies where they can earn enough "to get away." And I have found the roots of such cities in my own home town, as I walk and cycle about.

See also "The Social Ideology of the Motorcar." by André Gorz. --Ed.