The Bridge
Right between the Marina del Rey and Playa del Rey lie the Ballona Wetlands, one of the last and very few wetlands left in California (and itself inevitably the subject of development-related controversy). And down through the wetlands runs Ballona Creek, a small drainage of the western Los Angeles watershed, and originally the source of fresh water for the wetlands. A bike path runs along the creek to Marina del Rey, where it joins the South Bay Bike Path; and to get to the South Bay itself, the bikepath crosses the creek on an old road bridge now devoted exclusively to bicycle traffic.

From my house to the Bridge and back is a little over twenty miles, a nice ride for a lazy day, and I go there several times a month. Sometimes it's my goal for the day; sometimes I stop there on my way to or from the southern beaches. It's a restful place, the sea and sky always feel more intimate here than at other spots along the local coastline, and there are plenty of other cyclists stopping in or just passing by. I've met friends there, by intent or by circumstance, and I've made friends there. Day or night, in any weather, it's a good place to ride to. The Bridge. Take a look!

Text & photos by Richard Risemberg, August 2008 (except for the first and last pictures, which were shot a few weeks earlier). 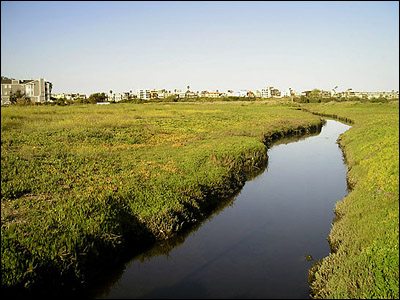 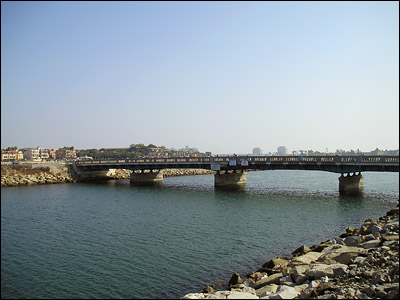 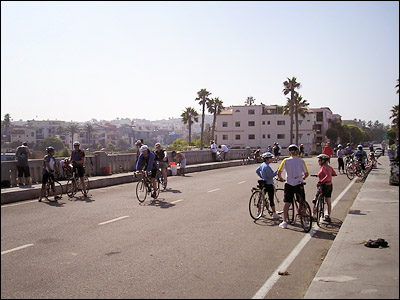 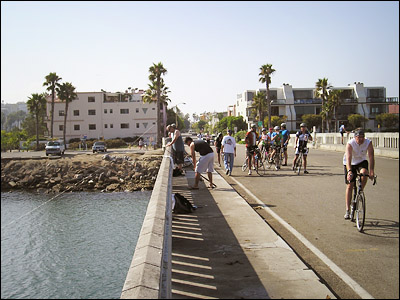 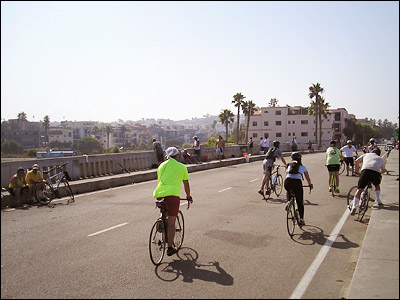 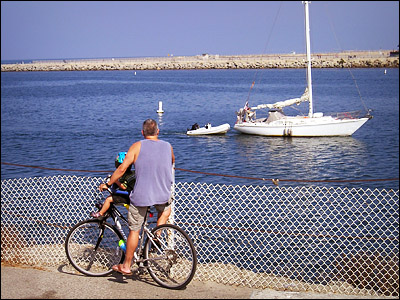 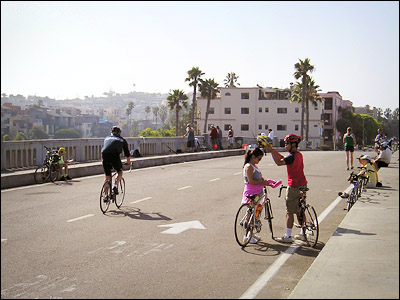 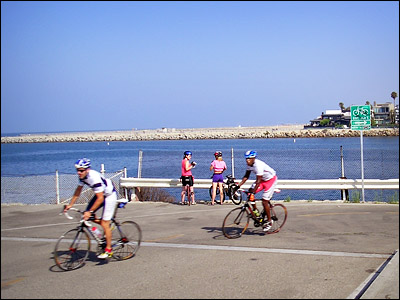 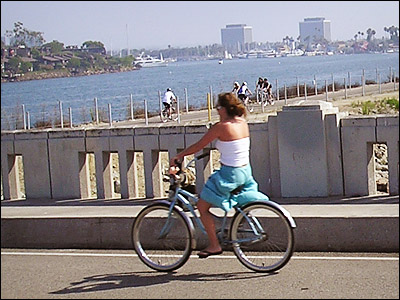 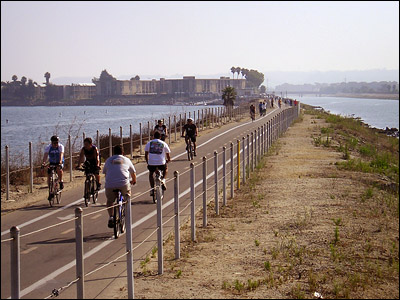 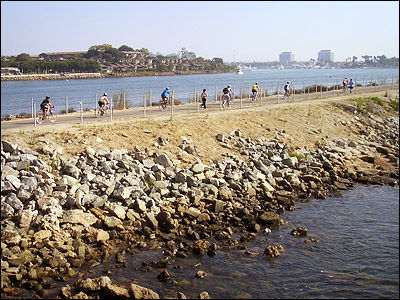 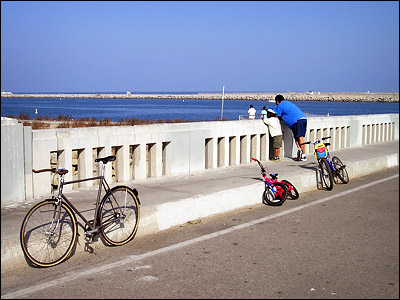 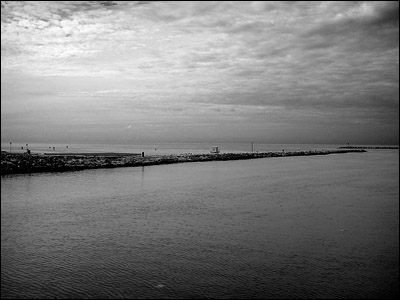