The Bicycle in Amsterdam
Cycling in Amsterdam (and elsewhere in the Netherlands) is very different from in practically every other developed nation. Most everyone cycles for daily transportation. Moms bring their kids to school by bicycle, dads commute across the city or to the train station by bike. The post is delivered with a bicycle. Businesses carry goods around the city on special transport bicycles.

Few people consider themselves "cyclists" any more than they see themselves as "washing machiners," "automobilists," or "shoe-ers". It's simply how you get around, with your kids, girlfriend on the rear carrier, groceries, dog, briefcase. Cycling clothes are only for racers. Everybody else rides in the clothes they otherwise wear, be it a short skirt and heels, business suit, construction overalls, or jeans. Helmets are simply not worn, because cycling is not perceived as a dangerous activity. The bikes are simple and outdoor-dog tough and have full-coverage mudguards, lights, chaincases, upright sitting, and all the other basics needed for practical use.

Where do all these bicycles live in a city with tiny apartments, no garages, and ladder-like stairways? For more about that, see bakfiets-en-meer (in English).

Text & photos by Henry Cutler, proprietor of WorkCycles transport bicycles in Amsterdam, purveyor of many of the types of bicycles you see in the photos. 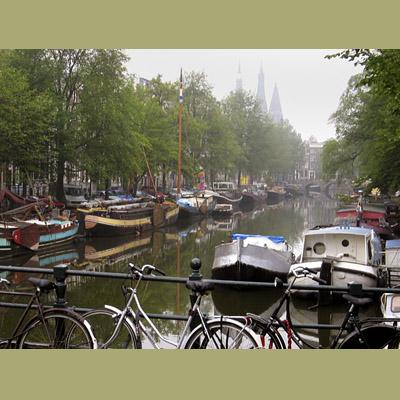 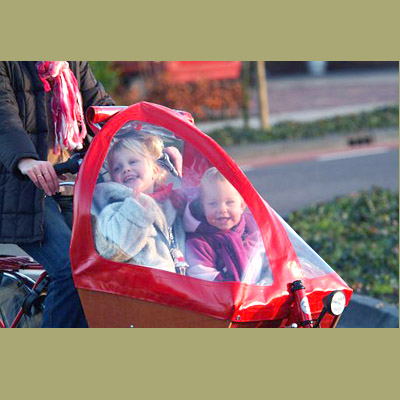 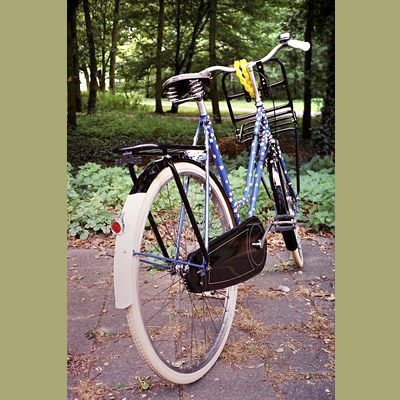 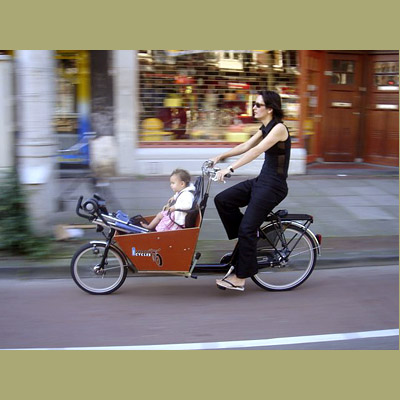 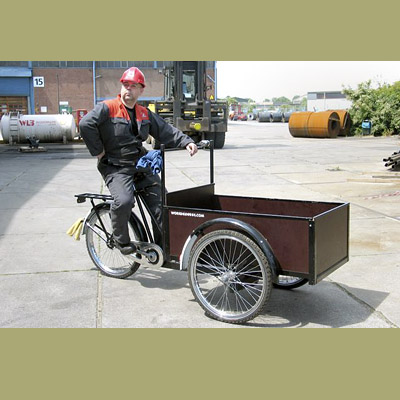 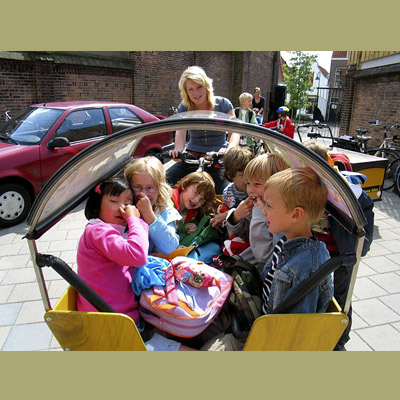 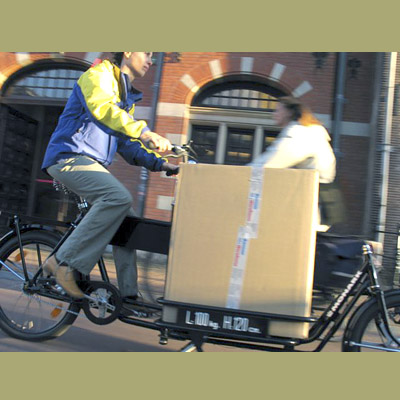 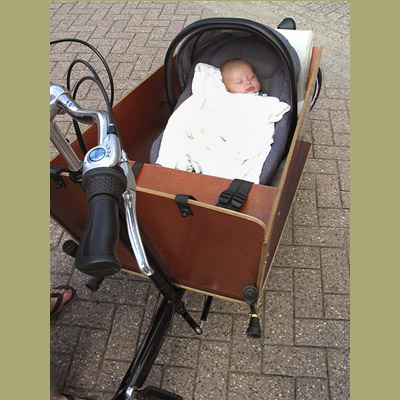 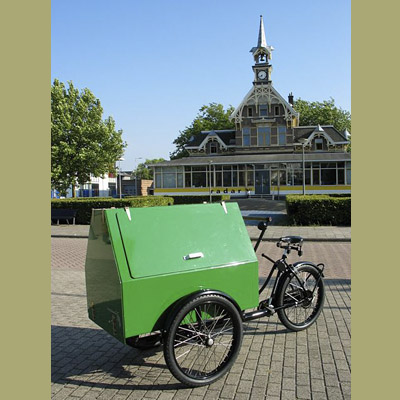 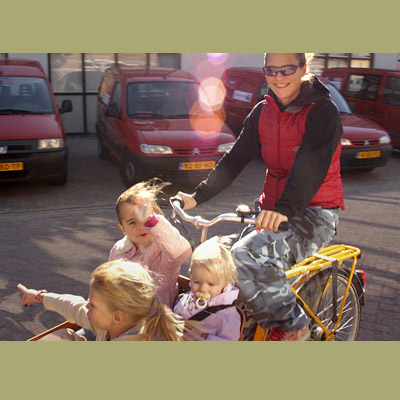 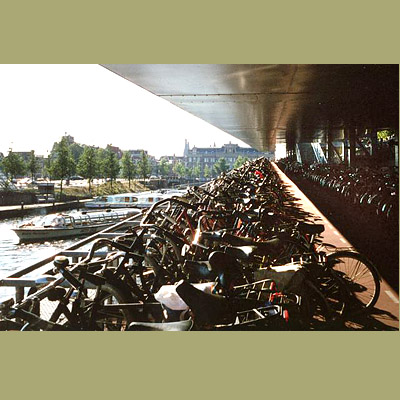 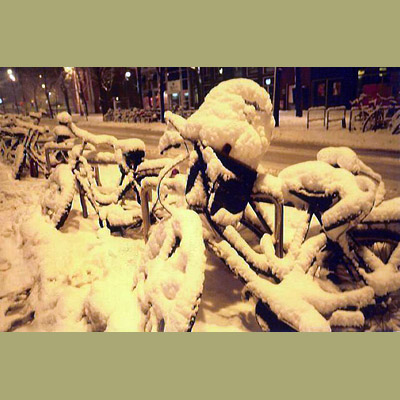 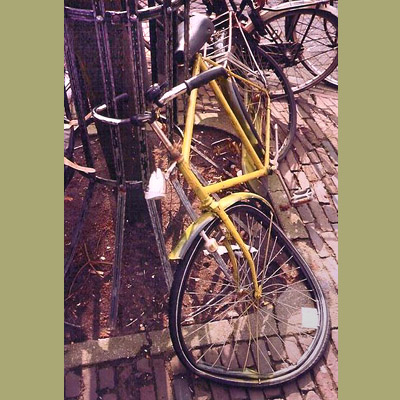 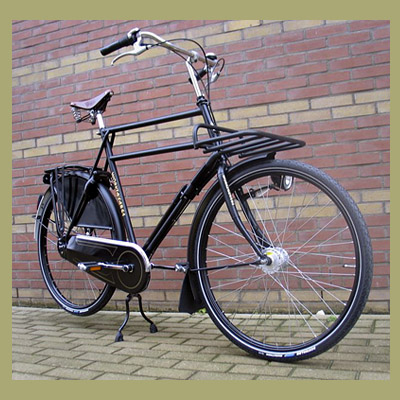 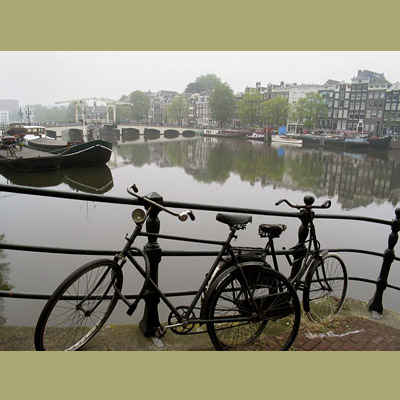